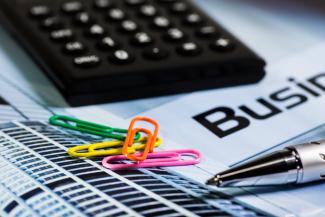 The 2017 calendar year has come to an end and it has been quite the rollercoaster ride. The economy, globally and in the US, has been up and down. With hopes of President Trump rolling back restrictions on the American economy, many businesses started spending, hiring, and investing capital. Additionally, the rough 2017 hurricane season dented the economy and slowed it down as major cities went into recovery mode. With these factors in mind, what is the outlook for the economy in 2018?

US GDP Growth Will Rise

The US unemployment rate will continue to drop, at least through 2018. While the rate is expected to increase again down the road in 2019 and 2020, short-term unemployment figures will continue to fall in 2018 to 3.9%. While many Americans gained employment during the recovery, many of those individuals found themselves in part-time positions rather than the preferred full-time positions. Even more people are still out of the job market and are unlikely to return to previous high-paying roles or positions.

The high number of Americans out of the workforce for long periods of time and not expected to return to high-paying jobs means an increase in structural unemployment. Though the unemployment rate seems low, that is because many people have simply given up looking for a job.

Declining oil prices in recent years have held inflation in check by in large. The rate in 2015 was .7%, and though inflation was 1.7% in 2017, it is beginning to trend downward. Some outlooks forecast a rate of 1.9% in 2018, but others have the rates falling. The core inflation rate is more important to some, and in a unique set of circumstances, the core inflation rate will be the same as the target inflation rate of the Fed.

US Manufacturing Will Increase Faster than the Economy

US manufacturing is expected to grow faster than the rest of the economy in 2018, and that will be aided by the impact of multiple hurricanes during September and October as cities and territories struggle to rebuild and recover. Production in the manufacturing sector is predicted to grow 2.8% for 2018.

The housing market in the United States has been pushing toward another bubble burst like the one experienced in late 2007. While some cities have stability in the number of buyers and available homes, other locations are not doing so well. California is one example where housing has become increasingly unaffordable to average Americans and little is being done to ease the burden. Other cities have simply built more homes than homebuyers to purchase the dwellings based upon expected growth in population (that may or may not materialize).

Volatility in Oil and Gas Market

Oil and gas markets have been volatile in recent years. While the overall trend has been downward, there have been various stops and starts in production to try and establish balance between supply and demand. US crude oil is expected to average $57/barrel in 2018, with West Texas Crude averaging about $53/barrel. However, the Energy Information Agency predicts oil volatility could see prices through early 2018 range anywhere from $48/barrel to $68/barrel.

Overall, the economy in the United States is expected to continue recovering from the Great Recession. Healthcare will lead the way as the number one employer with personal care and social assistance positions dominating job growth. The Bureau of Labor Statistics believes the US economy will be fully recovered from the recession by 2020.

The BLS believes 5.7 million jobs will be added to the American economy from healthcare alone as the Baby Boomer Generation, once the largest by number of individuals, continues to age and enter retirement. The next closes job core to healthcare is not even close at just 2.1 million jobs added for professional and technical occupations.

If you need to adjust your wealth and savings plan or retirement plan for 2018, Hughes Warren Inc. can help you!