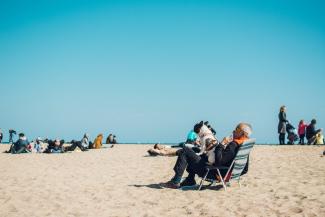 5 Financial Factors to Consider when choosing a Retirement Location

Planning for retirement is only half the battle in preparing yourself for those golden years. Yes, it is important to ensure that you've set aside enough money to live comfortably. However, if you've always dreamed of living somewhere different in retirement the amount of money you need to live comfortably could change drastically based upon where you end up living. Believe it or not, the amount of money that equates to comfortable living can vary drastically just from one city to the next in the same state, not to mention one state to another. Before you move, look through these five financial factors first!

Taxes in a New State/City

No two states in the US tax income at the same rate, or even tax income in the same way. There are states with no individual income tax and high property taxes. There are states with lower income taxes but higher sales taxes. It's important to understand the nuances of taxes in a new city or state because it could have a huge impact on how comfortably you can live in retirement in that new state. Only seven states in the US do not tax individual income: Alaska, Florida, Nevada, South Dakota, Texas, Washington, and Wyoming. In California, Social Security and Railroad Retirement benefits are exempt from income taxes, but your private retirement accounts and any local/state/federal pensions are fully taxed.

Some people will opt to find a new job in retirement to keep busy, while others are forced to find at least part-time employment to help make ends meet. If you're going to move to a new locale and already know you'll be working in retirement, it's a good idea to have some grasp on the employment atmosphere in that new place before pulling up stakes where you currently live.

Weather plays a big role in the cost of living in any state and can take a big bite out of your retirement money. Even simple weather patterns such as the extreme cold of Minnesota winters or blistering heat of a California summer can dent your accounts when high heating and cooling bills come due. Keep in mind that broader issues such as wildfires in California or hurricanes along the Gulf Coast can result in higher insurance rates for automobiles and residential properties.

Speaking of the cost to protect a house, what about the overall cost of housing where you plan to move? Property taxes are a primary means of filling local coffers in a lot of US states. From the standpoint of property taxes, Investopedia points out that Hawaii, Alabama, Louisiana, Delaware, Washington DC, South Carolina, and West Virginia are the best places (in order) for low property taxes. Beyond taxes, you'll want to think about home prices in general and rental costs as well.

Finally, don't forget to look at how everyday costs are going to impact your expenses during retirement. Something as simple as the fuel in your car can have a hefty impact on your daily expenses. States such as Alaska, South Carolina, Texas, and Louisiana have among the lowest state taxes (in addition to federal taxes) on fuel, which means cheaper gas at the pump for you. These states run anywhere between just 12 cents per gallon in Alaska (50th in the US) to 20 cents in Louisiana (42nd in the US). California, on the other hand, has among the highest state taxes as 38 cents per gallon (7th in the US).

Start planning for your retirement today with Hughes Warren.