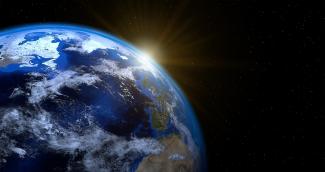 With the ghosts of the 2008 financial crisis hidden away for the time being, markets around the globe are beginning to show some positive signs. In 2017, the Dow Jones Industrial Average in the United States set 70 record close marks, surpassing the previous record from 1995. A few weeks in to 2018, and the Dow has surpassed the 26,000 mark with an eye on continued growth beyond that mark. Around the globe, there are other good signs looming for investors who have been wary in previous years. Read on to learn some of the good news on the global economy.

The European Union's central bank took extraordinary steps in the face of the 2008 financial crisis, and its fallout through 2010/2011, to prop up economies throughout the Eurozone. The common market zone is expected to accelerate slightly to 1.6% growth, rising from its pace in 2015, which at the time was the fastest growth rate seen across the continent since 2010. The Irish Examiner notes that the Eurozone Purchasing Managers' Index is nearing a six-year high and German industrial production data is providing a real bright spot.

The world's number-one economy, the United States, is expected to improve slightly from 2017 to a pace of 2.8% growth in 2018. If achieved, this marks the fastest annual pace of growth in the US since 2005. SeekingAlpha.com points out that industrial production in the US is expected to grow to 2.5% from 1.8% (2017), and oil production will also increase even as prices for oil continue to remain steady at lower values. The best sign is likely that the American economy not only grows, but that the economic recovery from 2008 expands to more sectors in the year ahead.

Japan had long held onto the position as the second largest economy in the world behind the United States. Even though China recently leapfrogged its neighbor into the number-two spot, Japan's weak economy is showing some modest signs of life as the calendar shifts to 2018. The economy is expected to reaccelerate by roughly a half-percentage point to a rate of 1.0%.

Emerging economies and markets around the world are expected to grow an additional half-percentage point in 2018. That is an increase from 4.0% in 2016 to 4.5% for 2018. Which economies should you be keeping any eye on? Kiplinger has a list of the five top emerging markets to watch for this growth, with India marking one of the most important. The nation of 1.35 billion people has a young workforce with widespread proficiency in the English language, making it easy to participate in a global economy. GDP growth in India was 6.3% in the final quarter of 2017 and has been climbing quickly in recent years.

Finally, you can expect some of the largest commodity-driven markets to begin to recover slightly. Although the IMF has downgraded the growth outlook for many of these economies, which includes Brazil, Russia, and Canada, but does note that Canada is expected to see economic growth in 2018.

For over 40 years of combined financial assistance, call your advisor at Hughes Warren.