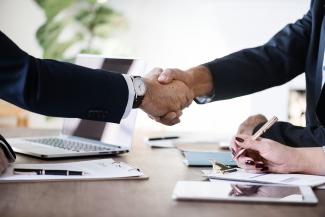 People Before Profit: Why CEOs are on Board

The average CEO in America is viewed with distaste by many of the average Joes working within the company. While the latter individuals work 40-45 hours per week to help the company succeed and earn a nominal wage in the process, CEOs often work the same hours with a wide variety of perks and a paycheck that can sometimes reach well into the millions annually. You could forgive the average American for having a less-than-pleasurable view of CEOs.

However, CEOs in American companies today are increasingly turning the culture in the workplace in a new direction. Money has always been a driving factor in the American economy; after all, that is capitalism at its finest. This new generation of CEOs believes in putting people before profits, and there are surprising reasons why they are doing so.

Shareholders, board members, and those on the executive level within the company can do little to create value in the business. These individuals might invest in the company's future to help it grow and develop leadership plans to spend those investments wisely, but it is the average employees that serve as the engine to drive success for the brand. CEOs need to focus on hiring, developing, and empowering "smart creatives." In other words, professionals with the technical skills to solve problems and the imagination to dream up new ideas. As IRIS points out, shareholder value is a result, not a strategy. Employees and customers are the main constituencies companies should focus on.

As alluded to in the point above, the economic engine of any enterprise is not the individuals investing cash in the business, but rather the people working to turn those investments into something valuable for the company. A workforce that is paid a higher wage is one that suffers through less turnover, delivers better customer service, and generates greater efficiency in the process. In fact, Forbes even notes that well-trained and highly paid employees are not a driver of cost, but rather a diver of higher sales and greater profits.

Consumers are the People Companies Want

The focus on people before profits does not just mean within the walls of the company. The very individual’s companies are developing and marketing products/services toward should also be placed above profits. In the end, is it more important to deliver a valuable product to people, or just try and make a quick buck? Consumers in the modern era increasingly penalize firms they view as cynical and calculating.

It's a Practical Approach

On a final note, putting people before profits is a practical approach. In the mindless pursuit of profits companies often lose sight of what really matters, both within the business itself and the respective industry. Pursuing profits at the cost of all else tends to have the opposite effect intended, reducing profitability through relentless turnover in staff, production of poor products/services, and loss of connection with a target consumer group. For companies to truly be successful, the pursuit of the almighty dollar must end, and in its place, rise a new ideal that focuses on putting people first as a means of generating healthy profits.

For assistance with business wealth management, call your advisor at Hughes Warren.