End of the Year Giving

The end of the year brings about the holiday season, when most people are in the mood for giving. Gifts for family, opening your home to friends and family for meals together; gift giving is on everyone's mind come the end of the year. Many nonprofits view the holidays as the "Giving Season." The National Center for Charitable Statistics found that as of 2012, 50.5% of organizations receive the majority of their contributions in the period extending from October to December. 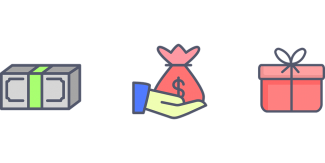 Charitable Giving: What to Give That Makes the Biggest Difference

When hurricanes strike, earthquakes level cities, or economic downturns impact those most in need, many Americans respond to the call with charitable giving. It comes in many forms, from financial donations to food, medical supplies, and other materials. A 2016 report from Giving USA found that 2015 was the most charitable year in American history, with Americans donating $373.25 billion to charities that year alone to break the record for a second consecutive year.